Visitors to Ho Chi Minh City have long complained of the difficulty in finding free Wi-Fi hotspots, a situation the Municipal People’s Committee plans to rectify in the very near future. 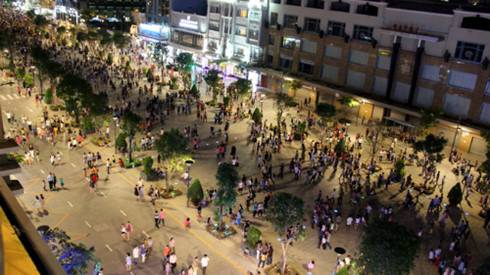 Tran Vinh Tuyen, vice chairman of the Committee, announced on May 31 that he is currently working with an undisclosed company from Singapore in a push to provide visitors with easier access to the Internet.
“I can’t disclose all of the details at this time,” said Mr Tuyen, but I can say that the Committee will make an announcement shortly on a new service supported in Vietnamese, English and other foreign languages.
In 2012, Hoi An first installed free Wi-Fi system at 350 hotspots, said Mr Tuyen, and it has been a highly successful undertaking.
Later, Ha Long, Hue and Danang also began providing tourists with free Wi-Fi with similar success.
We plan on following in their footsteps, he said, and expand the limited number of free Wi-Fi hotspots currently available and put them at all of the popular tourism destinations including temples, historical sites, hospitals and major shopping centres.
VOV

Share "HCM City offers free Wi-Fi to all tourists" via: