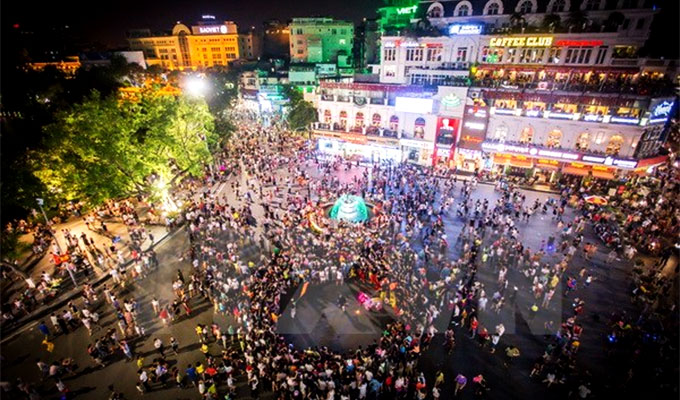 The streets will be closed to traffic on Friday, Saturday and Sunday from 7pm to 12pm in summer and from 6pm-12pm in winter.

The streets are in the list of areas needing preservation and are similar to existing walking streets. The area also boasts many historical and cultural sites such O Quan Chuong and Thanh Ha communal house.

When they are launched, they help promote cultural and historical values, culinary delights, architecture, and potential for tourism in the Old Quarter and areas surrounding Hoan Kiem Lake .

They are also hoped to promote walking and the use of public transport in the city.

The first pedestrian streets in Ha Noi – Hang Ngang, Hang Dao, Hang Duong and Dong Xuan in the Old Quarter – were inaugurated in 2004.

In 2014, six more walking streets were launched, also in the Old Quarter.